The BGA is delighted to announce that Dr Tim Craig from University of Leeds, is the Bullerwell Lecturer for 2022. The main focus of his research is the relation between intraplate earthquakes and tectonics. Tim completed his PhD in 2013 on the topic Constraining Lithosphere Rheology using Earthquake Seismology at Bullard Laboratories in University of Cambridge; this was followed by a PDRA position in pRais, before moving to Leeds in 2015.

Congratulations Tim from all your colleagues at COMET!

COMET scientists Professor Tamsin Mather (University of Oxford) and Professor Marie Edmonds (University of Cambridge) have both received the honorary title of Geochemistry Fellow from the Geochemical Society and the European Association of Geochemistry, in recognition of their broad spectrum of scientific achievements that have advanced geochemistry.

In total sixteen geochemists were recognised this year. The award was established in 1996 to honour outstanding scientists who have, over the years, made a major contribution to the field. The awards will be presented at the society’s Goldschmidt Conference this summer.

COMET would like to congratulate Professor Mather and Professor Edmonds on receiving the honorary title of Geochemistry Fellow!

Thinking of applying for a PhD?

Watch again a webinar, supported by COMET, where SENSE CDT and their panelists discuss how to apply for PhDs:

Are you thinking of doing a PhD? Not sure what the benefits might be to you or your career?

Join us and our wonderful panelists to hear about their experiences doing a PhD and how they feel it helped them, the skills that they gained, and how it got them into the exciting jobs they do today. The panelists PhDs were all in environmental science and many specialised in using satellite data – Earth Observation.

We are delighted to announce, COMET scientist Dr Tim Craig based at the University of Leeds has been named as next year’s winner of the 2022 Geodynamics Division Outstanding Early Career Scientist Award.

These individuals are honoured for their important contributions to the Earth, planetary and space sciences.

The winners will be celebrated at next year’s EGU General Assembly 2022, which will be held from 3–8 April.

Congratulations Tim from all of your COMET colleagues.

The Global Waveform Catalogue was published by COMET Associate Dr Sam Wimpenny (University of Cambridge) at the links below.

This is the central repository for the Global Waveform Catalogue (gWFM) v1.0, which is a database of point-source fault-plane solutions and focal depths for moderate-magnitude earthquakes that have been modelled by an analyst using synthetic seismograms. Most earthquakes have been modelled using the program MT5 [see McCaffrey et al., 1991, McCaffrey and Abers 1988], which is described in detail by Molnar and Lyon-Caen 1989 and Taymaz et al., 1990. A number of smaller earthquakes (Mw < 5.3) have also been studied by modelling the P, pP and sP phases on vertical-component short-period or broadband seismograms [e.g. Maggi et al., 2000].

Most of the earthquakes in this database come from the literature, with some solutions from theses that are available online.

The database is complimentary to other global catalogues of earthquakes, such as the global centroid moment tensor (gCMT) catalogue and the ISC-EHB bulletin. What this catalogue brings to the table are the well-constrained focal depths of moderate-magnitude earthquakes. A short manuscript describing origins of the gWFM and how it compares to the gCMT and ISC-EHB is currently in preparation.

COMET scientist Prof Marie Edmonds based at the University of Cambridge has received the AGU 2020 Joanne Simpson Medal, one of the highest honours bestowed by AGU for her excellence in scientific research, education, communication, and outreach.  In this unprecedented year the award recognises those who have pushed the frontiers of science forward despite our professional and personal lives being turned upside down.

Congratulations Marie from all of your COMET colleagues.

COMET scientist Dr John Elliott based at the University of Leeds is the latest winner of the John Wahr Early Career award from the AGU Geodesy section. The John Wahr Early Career Award, formerly the Geodesy Section Award, is presented annually and recognizes significant advances in geodetic science, technology, applications, observations, or theory. The award is given to early or mid-career scientists who demonstrate the potential to be elected AGU Fellows in the future through outstanding contributions to geodesy.

The award will be presented to John at this year’s virtual AGU Fall Meeting in December 2020.  Congratulations John from all of your COMET colleagues.

This lecture is part of the free and open to the public lecture series for the Royal Astronomical Society’s bicentenary celebrations and will take place online. 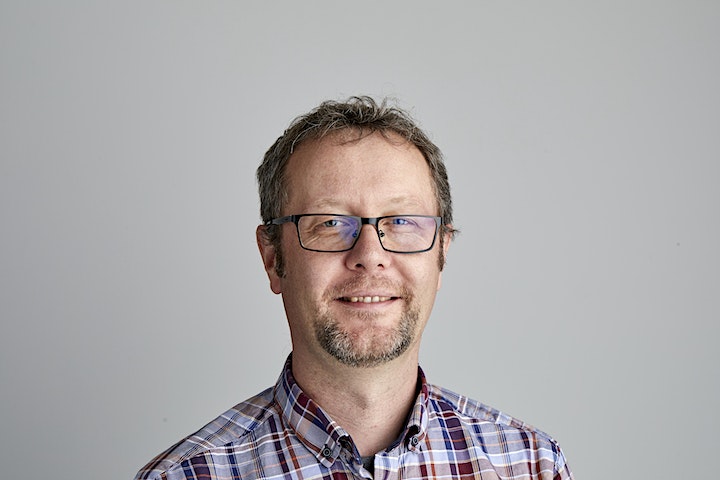 In the last twenty years, earthquakes have caused the deaths of nearly 1 million people and volcanic activity has resulted in hundreds of thousands of people being evacuated from their homes. These events also cause major economic disruption, with aftereffects ranging from the destruction of buildings and infrastructure to airspace closures. Scientists in COMET* are at the forefront of international efforts to monitor our hazardous planet using satellites. COMET scientists are now providing critical information to decision makers around the world so that they can prepare for and quickly respond to earthquakes and eruptions. In this lecture, I will show how satellites are used to monitor tiny ground movements with extraordinary accuracy and explain how understanding these movements can help us forecast where future earthquakes will occur and when volcanoes might erupt.

*COMET is the UK Natural Environment Research Council’s Centre for the Observation and Modelling of Earthquakes, Volcanoes and Tectonics.

Main Event image: A building that collapsed during the January 2020 Turkey earthquake, which occurred in one of the high strain zones. Photo courtesy Roger Bilham, University of Colorado.

Tim Wright is Professor of Satellite Geodesy at the University of Leeds and Director of COMET. His work has been at the forefront of developing the use of satellite radar for measuring tectonic and volcanic deformation. He was the first to measure the slow accumulation of tectonic strain around active faults with satellite radar, and he is currently leading a major project using the latest satellites to map how all the continents are deforming. In 2018 he co-founded a spinout company, Satsense Ltd, which is monitoring ground movement in the UK at high resolution. Tim has received several awards for his work including the 2014 Geodesy Section Award from the American Geophysical Union, the 2015 Bullerwell Lectureship from the British Geophysical Association, and the 2017 Harold Jeffreys Lectureship from the Royal Astronomical Society. In 2018, COMET was awarded the Royal Astronomical Society’s Group Achievement award in Geophysics. Prof. Richard Walker (University of Oxford)
Title: Earthquakes of the Silk Road – reinterpreting the historic and prehistoric ruptures of central Asia
If you want to attend the webinar please register at
https://us02web.zoom.us/webinar/register/WN_vXkdJVKATEei3qYdas84jQ
(After registering, you will receive a confirmation email containing information on how to join the webinar)
Thursday the 25th of June 2020 at 16:00 UK time (GMT+1). Dr. Sam Wimpenny (University of Cambridge)
Title: Measurements of the Rheology of Active Faults.
If you want to attend the webinar please register at https://us02web.zoom.us/webinar/register/WN_GDxQNuuCQFe21TbWuu6QiQ
(After registering, you will receive a confirmation email containing information on how to join the webinar) 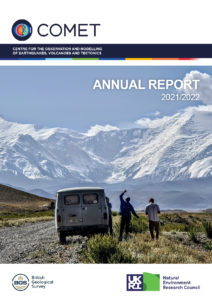